Our Pickle was in a Pickle! 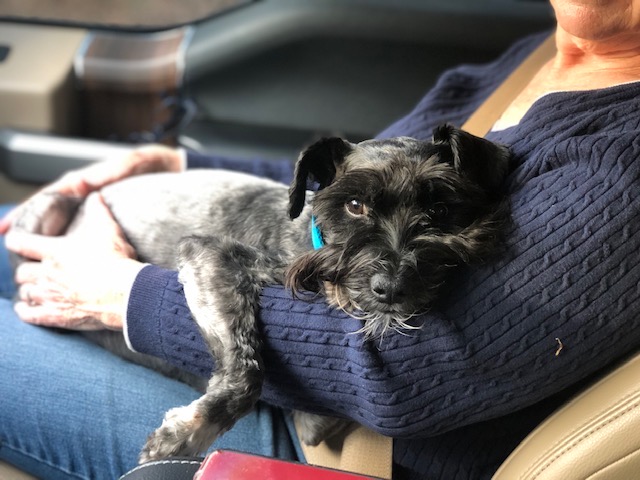 07 Apr Our Pickle was in a Pickle!

In mid January, Pickle (our 5 year old Mini Schnauzer), Chris and I were at Flagler Beach, FL when Pickle began to develop welts and scratch like crazy. We found Happy Life Animal Hospital in Bunnell, FL where Dr. Long completed a very thorough exam and administered a shot of cortisone. Pickle was feeling like a new dog the next day!

About 3 weeks later, we began to notice Pickle was not acting himself. He was not anxious to run the trails. He was not eating and we really knew something was wrong when he wouldn’t eat a treat! After watching him go downhill for about a week we determined something was wrong!! We called Happy Life Animal Hospital and they told us to bring him right in!

Dr. Long completed several tests, and the results showed an autoimmune issue. She gave us some meds and told us to watch him closely. A few days later Pickle was getting worse so we took him back to Dr. Long. She ran tests and confirmed that he was getting worse. She sent him to the animal emergency hospital in Port Orange. He stayed for 3-4 days while we spent 3-4 days of praying and crying. I probably don’t have to tell you we called so many times they recognized my voice. Finally, he was released and we returned to Dr. Long for further tests and instructions. That day we left her office with 7 meds and a head full of what in the world???

The next week was up and down. Some days were better than others but all were filled with nothing but Pickle worry. One day he was so lethargic we took him to the vet believing he was going to have to be put down. Dr. Long ran some tests and we heard hooping and hollering from the back. She threw open the exam room door and yelled, “his numbers are up!!” She explained he would have good days and not so good but it looked like he was going to make it! We left with a spring in our step!!

Pickle did have a couple of days in a row that he was much better; so much so that I called Dr. Long to see if we could back off some of the meds. I’m sure she laughed to herself as she said no, lets keep him as is until his next visit. He did continue to improve and she was right, some good days and some better days.

Its now about 2 months out and he’s got a big prednisone belly and a voracious appetite!! Dr. Long initially told us to let him eat all he would in an effort to get him built back up. He was about to eat us out of house and RV so we called a few days ago and she told us to go back to twice daily. Dr. Long told us that the autoimmune issue was not caused by a tick bite but could not pinpoint exact cause without lots more expensive testing. She said the autoimmune issues would all be treated the same so they weren’t necessary but she’d do them if we wanted. Since I’d already missed a few expensive dinners and some new shoes we agreed to pass and continue treatment as she advised.

Pickle continues to improve and although our pocketbook is lighter and we’ve still not caught up on sleep, we’d do it all again to keep our little boy alive. I want to finish up with a big heartfelt THANKS to Dr. Long and her staff, Darien, Brandy, and Veronica. All have treated us like family. We are so grateful and can’t thank them enough!! Liz