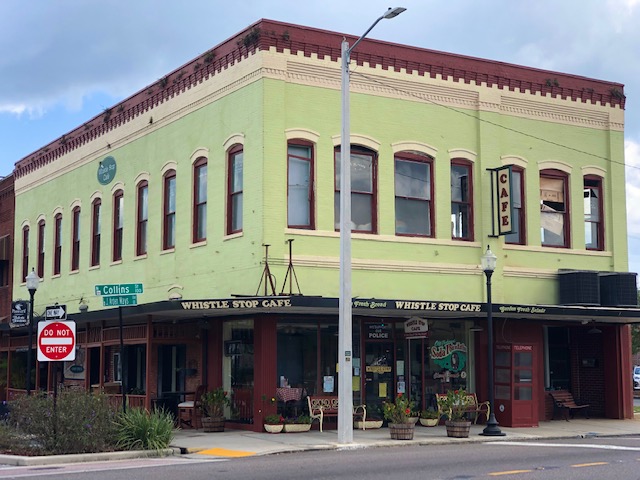 Over in Hillsborough County on the West side of Florida lies a smallish town. Well before it was formally settled the Indian village was known as Ichepuckesassa. Just guessing BUT since it was hard to pronounce, spell or ever remember the folks in the region choose the name Cork after the hometown of the Irish born Postmaster at the time. A few years later Cork was renamed Plant City.

Most of us from the region would immediately jump to the the conclusion that the city’s name was from the strawberry plant, or maybe from the many other tropical fruits, vegetables or other plants that grow in its tropical Gulf Coast climate. Not true. Plant City was named for the railroad developer Henry B. Plant that brought the RR right through the area.

The town was incorporated on January 10, 1888 and is located between Brandon and Lakeland. It has a current estimated population of 40,000 strawberry shortcake eating souls. This year the city celebrated the 85th year of their Strawberry Festival that runs of 11 days in late winter bringing thousands of folks into town to enjoy the massive event.

I grew up only 24 miles away in Bartow and vaguely remember coming to attend the festival one year way back when I was a kid never having returned since until this visit. About time right? I figured since we were camping in the area at the Edward Medard Conservation Park I really needed to take the drive over and take another look after 50+ years.

My mother was an only child and was born in Plant City on July 19, 1927. Her Dad was Lewis George Carlton and mom was Kate Rocker Carlton. They moved to Bartow shortly after she was born as best any of us can remember. Her dad was known as Cap Carlton and was the Mayor of Bartow at some point – he and Kate were cattle ranchers but Kate also ran a flower shop in the back of their home at 820 South Oak Street in Bartow. Liz and I wanted to visit the Plant City courthouse and local library to see if we could find any info on where my grandparents might have resided during that time but everything was buttoned up.

Observations were clearly going to be altered from the on-going Corona-19 virus at the tine of this writing….traffic in town was very low despite being 3pm on a Wednesday….most stores and other businesses were closed. The town and homes we surveyed appeared to be in great shape overall. There seemed to be a true sense of pride in the downtown district as well as the older neighborhoods.

We enjoyed seeing the “old” Plant City High School circa 1914…the building is very cool looking and appears to have been well cared for over the past 106 years – now it serves the citizenry as a Community Center. We walked over and visited the Robert W. Willaford Railroad Museum too and while it too was closed we peeked in the windows and enjoyed seeing the depot/station and the rail viewing platform across the tracks.

The surrounding areas are still pretty much dedicated to agricultural interests and yes the strawberry fields are beautiful when loaded with the plump berries….perhaps thousands of acres? The harvesting crews are still very busy moving from patch to patch picking the late season berries – always looking for a laugh, I got out of the truck honked my horn and waved with my camera….they graced me with big smiles and waves back for the shot! Liz and I were saying how their backs must ache at the end of a long day bending over those low bedding plants! Ouch.

Thanks to Plant City for allowing the Bartow riff-raff to come over and chronicle the latest from the ‘Strawberry Capitol of the World!” A lovely visit and we enjoyed walking the streets and seeing so many of your beautiful vintage homes.