A MAN OF DISTINCTION 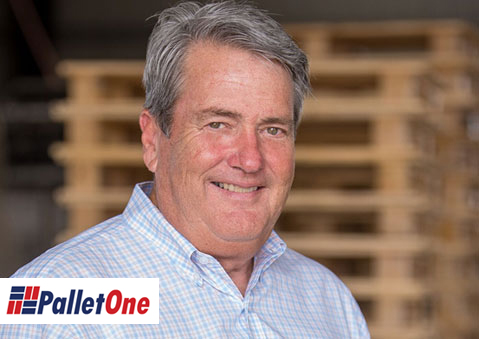 17 Mar A MAN OF DISTINCTION

Posted at 20:30h in Simple Pleasures, Special Folk Along The Way, The Best'est, Uncategorized by PipesTraveler 2 Comments
29 Likes

This is a serious departure from my typical reportage. As a travel reporter and adventure travel blogger I write about a wide range of topics generally campground reviews, cool towns to visit, fav dives, and interesting places you just don’t want to miss. We wander seemingly aimlessly across the county in our RV exploring anything that might cause pause then size it up, shoot a few pics and then share via blog and/or social media.

This one is indeed different BUT very worthy of sharing with our audience for several reasons. Rather than a list here, we’ll just go on with the story and the evidence will become obvious.

In life, there’s few precious certainties but one thing is that we’ve all met someone in our life that makes you immediately take notice. Someone that is of such character that you just want more….more about who they are, what is it that makes this person such a stand out and that immediately you instinctively trust. Someone of very high morals but also with a persona that’s inviting.

I’ve oft referred to people that I’ve known over the years and really admired saying, “He’s just a Prince of a guy”. Not realizing it at the time but that’s not really the best way to pay homage considering the Prince of modern times. As an example think about Prince the entertainer, Prince Harry, Prince William, Prince Charles, and Prince Andrew…perhaps not the best moniker to use when heaping admiration on someone? Actually, we’d have to go all the way back to the early 1800’s to the times of Prince Albert. He was famous for strengthening the constitutional monarchy and the establishment of the royal family as a moral force in the life of the nation of England. I’d have to say that some back-sliding has occurred since those days.

In all of my years I’ve been truly blessed with getting to know three people that impacted me in such a profoundly notable way. The first was the late Jack Vaughn, the finest and most admired hotelier in the nation. I worked for Mr. Vaughn for several years at Opryland Hotel and he was an absolute leader…to this day myself and many alumni of Opryland still just refer to him as Mr. Vaughn.

The second earth shattering encounter was having a private lunch with American Astronaut James Irwin. A Col, USAF and the Apollo Lunar Module Pilot for Apollo 15. He was the eighth man to walk on the surface of the Moon. Regrettably he was the first and the youngest of the Moon walkers to die. During lunch I learned much about him, especially of his very weak heart. He talked openly about this and upon ordering lunch had very explicit directions about what he wanted to eat and how it was to be prepared. He was very interested in me asking questions after question. I suspect this was one of the hallmark traits he had to make everyone feel so special in his presence. I remember him telling me in a very lighthearted way, “I’ll tell you Chris, it is pretty darn cool to be standing in my backyard at the barbecue grill with friends and look up there at the moon and point saying, I’ve been there!”

So, I won’t refer to this next person as a Prince but simply a friend whom I have very high regard. How’s that? Not to short-change him but to give him the respect in the most humble way possible…the way I know he’d prefer.

Enter Howe Q. Wallace, Jr. to my very short list of guys I most admire, respect and refer to you. Howe is the Founding CEO, President and Chairman of the Board for PalletOne. The company is the largest new wooden pallet manufacturer in the United States. He’s held this position since 2001 with much reverence but little fanfare. He earned a bachelors degree in Journalism from University of Florida (a good Gator) just to touch on his education and the only part that was important to me. Howe is Chairman of the Mayors Prayer Breakfast and is a strong and proud Christian. Along with his wife (of 44 years) Jenny they are very active in their church serving at every opportunity possible.

I’ve only known Howe a short time and we’re currently on the same volunteer committee where we meet occasionally. Howe is an imposing figure of a man…not only in stature but in his persona and actions. The moment you meet him, it’s evident that you’ve come across a very unique individual. He’s friendly, outgoing, a great listener. Where I’ve learned the most about Howe is from those that are members of his team, mutual friends and local community leaders. In every instance he’s held in very high regard. I know a winner when I meet one….this guy is indeed the real deal.

Here’s where the real “bonus” is for our readers/followers, etc./…Howe has been writing “Notes to Staff” on most days since 2005 and they are all captured within his blog right here.

Whether you’re retired, a candlestick maker, a realtor, a school teacher, a business leader, employee or the volunteer of your sons baseball team…..everyone can use the above portal to gain access to a truly rich resource of guidance. The blog is neatly organized in a fashion to find by keywords exactly what you’re looking for. Search within 24 categories for topics such as inspiration, communication, gratitude, etc.

Here’s a quote I found within the over 400 “Notes to staff” on the category of Leadership:

“My goal is to be the “best blue-collar employer” in the markets we serve.  I use the term “blue collar” as an acknowledgement that our work is hard, exposed to the outdoor elements and not for sissies.

So, we aren’t going to have yoga classes and free massages that hi-tech companies are proud of describing. But we can still create an environment where people feel valued and look forward to coming to work.”

Thank you Howe for setting the example that we can all learn to follow. Folks appreciate you. You’re much more than a Prince of a man!